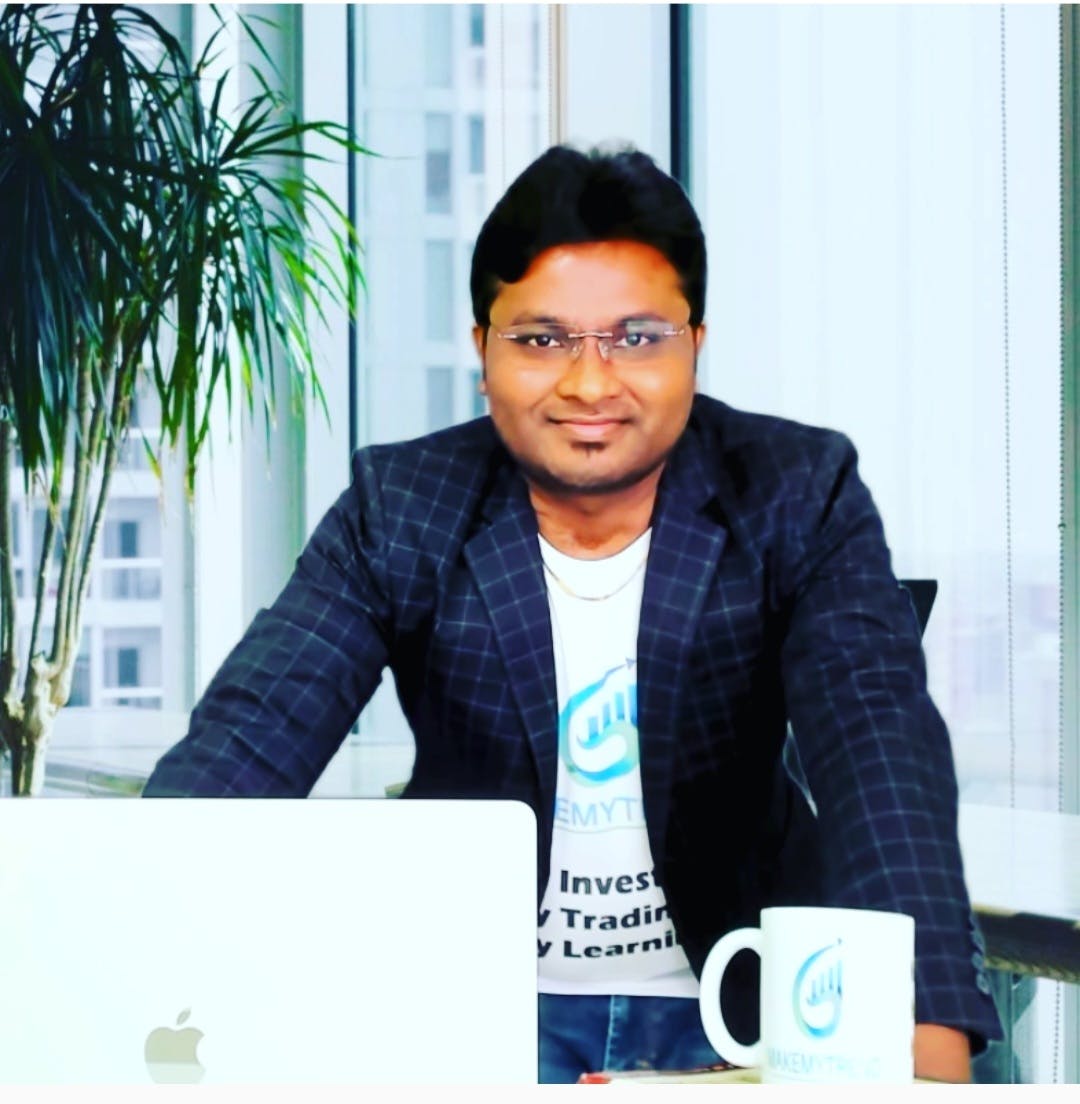 Join Now, A Weekend that could change your Life!

Please register here. Next scheduled will be mailed to your email id...

Join Next Webinar (Get ₹4999 Blueprint for Free!)

JOIN ME LIVE NEXT WEEKEND

WHO IS TAPAS CHANDRA?

In high school Tapas was a brilliant student. He always stood first in his class and then became district topper during his tenth Board (matriculation exams). He used to win most of the Math competition conducted in his area. He was Fast Bowler as a Cricketer. He continued to do good in college, learning valuable lessons about competition, hard work, and the art of winning. He graduated from one of the top engineering college (NIT, Kurukshetra) in India. That is the time when he was introduced to Stock Market.

Tapas has been an employee for almost last 12 years. Over the 12 years, worked with companies like Accenture, Samsung, Manthan System and JP Morgan Chase & Co. He has trained many employees there and has become technically sound along with this journey.

In 2010, Tapas had his first success as a Software Engineer getting placed with Accenture. His contribution to Accenture was phenomenal and earned many awards.

Two years later in 2012, Tapas joined Samsung as a Senior Software Engineer. However, he continued to be in Stock Market along the journey earning decent as Passive income. He has been to South Korea for multiple times. He left Samsung as a Lead Engineer.

In 2014, He joined Manthan Systems and used to learn from different resources and implement the knowledge of Stock Market.

Makemytrend is now the fastest-growing Training Institute in the world. This has grown to become one of the world’s best communities dedicated to creating and empowering Stock Traders and Investors.

With a current base of over 300 members and growing fast, the vision of this community is to build the world’s largest society of Stock Traders and Investors.

The biggest problem in India is that currently only 3% of Indian population is participating in Stock Market. And the only way to solve this problem is by empowering a new breed of Trader and Investors with the mindset, skill sets and tools to build community online.

The vision of the Makemytrend Education Solutions is to educate every single human on earth to become self-reliant and to achieve FINANCIAL FREEDOM using TECHNICAL ANALYSIS OF STOCK MARKET.